Invisible Braces: All You Need to Know 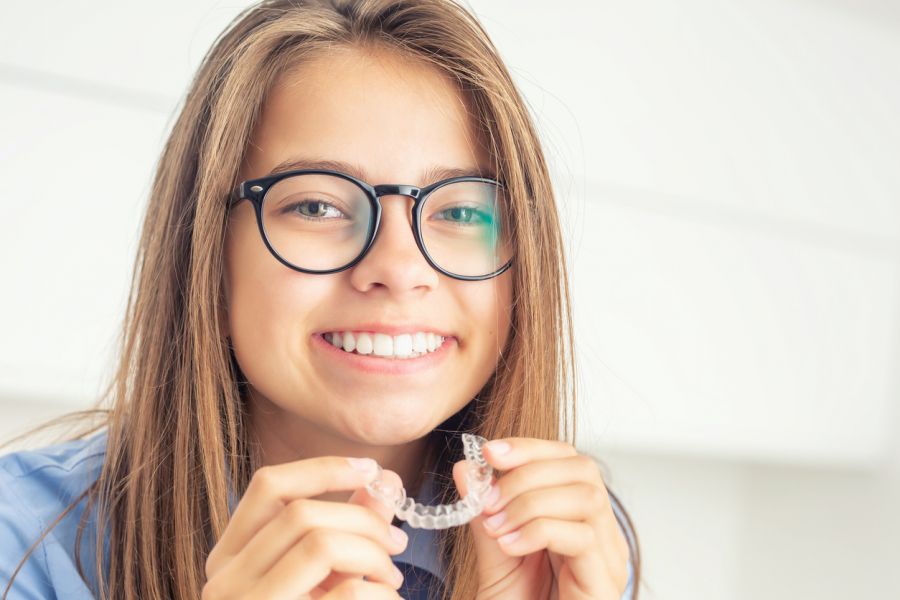 When were Invisible Braces invented?

What could be considered the first invisible braces was invented in 1945 by Harold D. Kesling, an American orthodontist. He made a removable custom appliance that looked and worked a lot like a mouth guard for athletes. It was made of rubber and consisted of upper and lower sections, and was dubbed the “tooth positioner”. When used with conventional braces, the straightening process was hastened. This was considered the pioneer for clear aligners.

By the 1960’s to the 1970’s, a one-piece plastic splint was used to make minor teeth alignments. In the 1980’s, the plastic splint gave way to a silicon appliance called an Elastomer Device. This was considered a huge milestone as it corrected tooth positions by up to 3 millimetres.

While these dental appliances were pioneers in orthodontics, the true clear aligner was invented in 1997 by two students at Stanford University, Zia Chisti and Kelsey Worth. They branded their clear aligner as Invisalign, and it entailed a set of removable clear plastic aligners.

The presence and level of pain you will feel from using invisible braces can vary. Depending on how crooked your teeth are, the pain can be considerable, but it will never be as painful as using traditional metal braces. Pain and discomfort are to be expected during the first few weeks of treatment. This is because your mouth actually develops calluses to protect the sensitive areas of your mouth and gums.

Once your mouth becomes accustomed to the aligners, the pain should lessen significantly.

How long will the pain last?

In some cases, you will feel no pain at all. Some patients reported that they felt some discomfort for only 2-3 days. Most patients say the pain went away within a week of using them. Advise your orthodontist if you feel pain or discomfort beyond 3 weeks of using the invisible braces as prescribed.

How long will the treatment take?

The average time for invisible braces to straighten your teeth is 6 months. In some cases, the treatment may be completed in less time, while others may take a few more months beyond the 6-month average.

It’s not uncommon for your treatment to last a year, but that depends on the severity of your case.

How much do they cost?

The price of an invisible braces treatment can range from $5000 to $8000. The cost might seem prohibitive, but you can have invisible braces in places like Townsville that provide flexible payment schemes.

How do Invisible Braces work?

Invisible braces work as a series of trays that slowly reposition and align crooked teeth. Each tray is switched out to a new tray every two weeks, and each new tray is slightly straighter than the last. By switching to progressively straighter trays, your teeth should move by 0.25 millimetres each time. This will be done until your teeth reach their ideal positions.

Can you eat with invisible braces on?

No. You can never eat anything with your invisible braces / clear aligners on. Not even soft foods. You can drink water while wearing them, but you can’t eat with them on. Eating with them on can be dangerous as the aligners can get damaged, and you can accidentally swallow them.

Can you drink with invisible braces on?

Yes, you can drink water, but not sugary or alcoholic beverages. These can lead to plaque buildup and cause tooth decay. Hot drinks are also not advised, as the heat can warp and misalign the trays. The high temperature can also cause the aligner trays to break more easily.

It's All About You

Click here to learn more about our New Patient Experience

Click here to request your next dental appointment online!